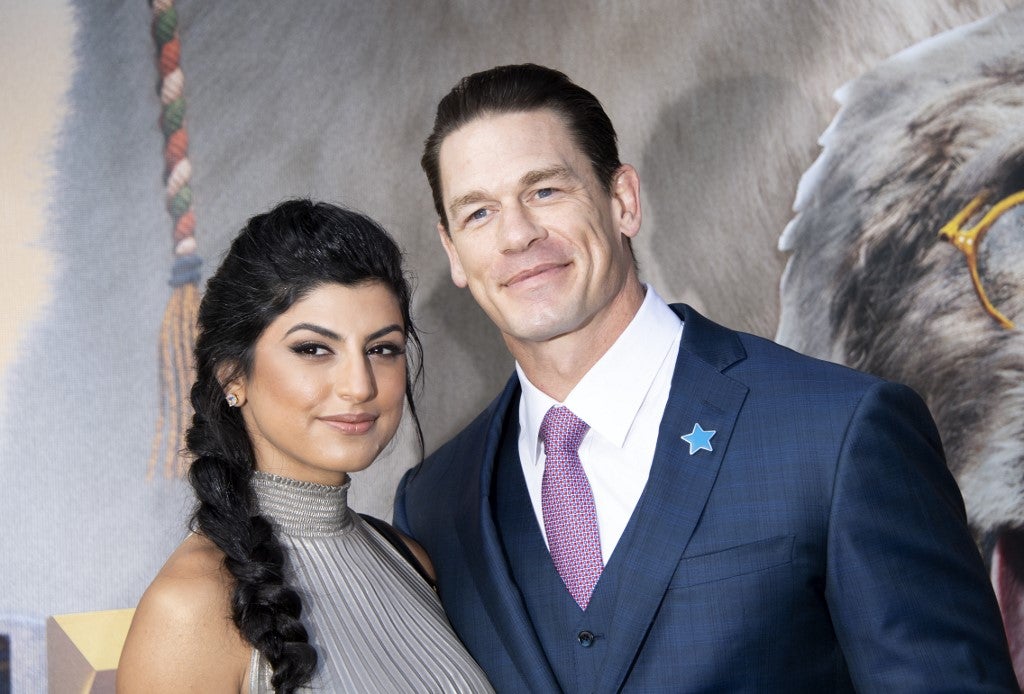 Shay Shariatzadeh (L) and actor John Cena attend the Premiere of the movie “Dolittle” at the Regency Village Theater, in Westwood, California, on January 11, 2020. (Photo by VALERIE MACON / AFP)

John Cena is officially a married man after he tied the knot with girlfriend Shay Shariatzadeh, according to reports.

According to TMZ, the WWE Superstar and Shariatzadeh got married in a private ceremony on October 12 in Tampa, Florida as per official records.

Wrestling magazine PWInsider was the first to break the news of Cena’s wedding.

This is Cena’s second wedding after he was previously married to Elizabeth Huberdeau from 2009 to 2012.

Cena had a much publicized relationship with fellow WWE performer Nikki Bella that lasted for six years. The two got engaged after the 16-time WWE champion proposed to the latter after their tag team match in Wrestlemania against the tandem of real-life couple Mike “The Miz” Mizanin and wife Maryse.

Bella already has a son with new boyfriend Artem Chigvintsev.

Don’t miss out on the latest news and information.